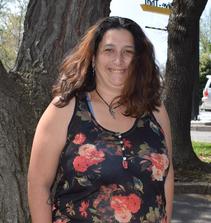 Rising from the Ashes

Rising from the Ashes

Below are a few individual stories of survival from the Camp Fire in Paradise on that fateful day, November 8, 2018.  All were scared, some wondered if they would get out alive, all lost everything that was important to them; whether it was a beloved pet, memories held tight, pictures of family long ago, a roof over their heads, or the greatest loss to each of them was the loss of Paradise as home that some have known for many years, even a lifetime.

One individual said she could not think of Paradise as Paradise Strong, but as Paradise Lost.  Another said she would never change her Facebook Page from living in Paradise, to living in Chico because Paradise is home.

While the fire came so close it was in their backyard before they knew it, Shawn, his wife Brea and their baby Tamra (10 months old), escaped with their two dogs and their bird, but a kitten that Brea loved so much, was lost.  “I have looked on all the websites for my cat.  But she was a kitten at the time, she has grown now,” said Brea.

Shawn drove his family and Brea’s stepbrother down the hill from their home in upper Paradise.  “It was bumper to bumper,” said Shawn.  “I needed to stay strong for my family and stay focused on my mission.”  Once down the hill from Paradise and now in Chico, Shawn stopped the car in the WinCo parking lot, so he could gather his thoughts and figure out what to do.  “I had to keep Tamra warm.”

Shawn’s family ended up staying with his brother for 2 months living in his living room on an air mattress in some tight quarters.  “My brother made my family dinners and housed us.  My brother helped us out a lot!”

“There is a time to break down and a time to get stuff done,” said Shawn.  “I had to take on the burden of getting us a place to live while Brea took care of the baby. If I didn’t keep it together, I would be a mess, and nothing would have gotten done.”

Once the family received funding from their renter’s insurance, Shawn persistently stayed true to his mission to find his family a permanent home.  This was not easy since thousands of people had just flowed into Chico all at once leaving fewer and fewer options for a home to live.  With persistence and focus, Shawn was ultimately able to negotiate the purchase of a mobile home in a park in Chico.   It wasn’t easy.

“Brea took all the loss, especially her kitten, the hardest,” said Shawn.  She became very ill and working with new healthcare providers was a big challenge and she felt so very sad at all the change, all the loss, and no place to call home.  “I was really broken up about my kitten that I lost,” said Brea.

According to Brea, “The fire was hard for me.  I have never lost everything at once.  A devastating moment of realizing you don’t know what to do now.  I am never changing my Facebook status from Paradise to Chico.  I grew up in Paradise.”

According to Shawn, “stuff we lost in the fire is just stuff.  I’m sorry for the loss of family photos we didn’t have time to grab.  I was able to grab my Dad’s ashes.”

Typically, on an early Thursday morning Vicki would have been on her way to work.  But she decided to stay home because she wasn’t feeling well on the morning of November 8, 2018.  Around 8am she noticed the smoke was getting really bad.  “My housemate and I started to pack what we could and by the time we got in the car with my cat, the fire was 100 feet from my front door.”

As they headed up Nunnelly, down Clark and turned right on to Pearson heading toward Skyway, “The fire was everywhere.  Cars were on fire; houses were being burned.  It took us 2-1/2 hours to get down to Chico.  It was bumper to bumper.  I was scared and was sad.  I had lived in Paradise for more than 20 years.  I have a lot of memories in Paradise.  I lost a lot of my sewing stuff, and the blankets I was making.  My sister, my oldest and youngest children; all lost their homes as well.  My mom lost her home.”

Vicki’s niece is a real estate agent and got them an apartment rental.  If it weren’t for her niece, “I would be homeless right now,” said Vicki.  “Some of the apartments I applied for would not accept me because I don’t make enough money.  I lost my job temporarily and was only making $500 per month on Social Security.”

In her final thoughts during this interview Vicki said, “Sometimes you have to laugh at the tragedy of it all. I just have to start all over with everything.”

On the morning of November 8, 2018, Lisa was living at 5337 Clark Road, #A.  “I remember getting up looking out at the sky and noticed it looked kind of apocalyptic.  I took a shower because a site like this was not that uncommon in Paradise.  I got a text from my exe’s girlfriend asking if I had heard about the fire.  I had not.”

Minutes later Lisa started to feel panic.  People were calling her while she was trying to pack and figure out what was important.  “I was having a problem focusing.  I think back and think what I did grab, (she laughs).  I grabbed two pairs of shoes, a Harry Potter board game, perfume, some clothes, a bath bomb and a couple of movies.”  (Lisa laughs a lot as she reflects upon her choices at the time).  “What am I going to do with two pairs of Converse Shoes.”

Lisa called 911 and she was instructed to hitch a ride—any random ride.  “I thought about just letting my dog out so he could have a chance.” Fortunately, her exe’s girlfriend came by and picked her up after she had picked up Lisa’s son from school.  Lisa’s son was yelling, “Hurry up Mom, we gotta go! “

Lisa had to leave her walker behind because it wouldn’t fold and there was no more time for anything.  As they drove down Clark Road, “There were flames everywhere.  Trees were on fire, the smoke was so thick, and I could hear people panicking.  We saw people getting out of their cars and walking.”

Lisa’s boyfriend took her in that day.  “He had to put up with my depression, the moping, the bad attitude.  I find myself being afraid that something else big could happen.  I am trying to prepare better, by having a duffle bag ready to go next time.  I need to keep a good head on my shoulders.”

Lisa is back at work and says her moping and depression has gotten better.  “Before coming back to work, I wondered if there was a point to getting up out of bed somedays.  There was no normalcy to go back to.  Coming back to work provided some of the normalcy again.

“My son needed normalcy too.  He is back to school with his best friend which has made him in abnormally good spirits.”

Lisa thinks of all that she lost in the fire.  “I lost pictures of my biological mother and siblings.  I lost a picture of the family that raised me.  I lost pictures from my childhood, and pictures my boyfriend gave me.  I lost all the Batman gifts my mom had given me since I was 4 years old.  When I was little, I was going to marry Batman.  I lost letters from my childhood.  I lost a beautiful ring—a rose with a diamond in the center that my boyfriend gave me.  I lost $1,000 which was for my rent money.  I guess the landlord doesn’t need it now.”

At the end of the interview, Lisa started to chuckle a bit about the packing of the bath bombs.  “What matters is who loves you.  I have a family and I have people who care.”

Rebecca was getting ready for work.  “I was dressed, and my lunch was made.  I noticed the sky, how fast the clouds were moving, and all the particles flying all over the place.”  Rebecca finally found out there was a fire only because of a conversation some of the neighbors across the street were having.  There was no emergency alert on the TV, and no phone call.  “The sky was so dark it looked like midnight, not 8am in the morning.  I thought I heard bombs going off, but it was propane exploding. It felt like war was coming to our neighborhood and to our town.  I was very confused about what was going on.  Life was interrupted unexpectedly.”

For three months Rebecca stayed in a shelter at a Church in Chico.  “I hated the shelter.  It wasn’t home. I was feeling hopeless.  There was a lot of drama, people were being kicked out because of the yelling that was going on.”

Rebecca wishes she could go back to her home in Paradise.   Although her Paradise house is still standing there is nothing to go back to.  “When we walked out of the house, I was crying my eyes out.  Its like Paradise died on me.  I don’t call it Paradise Strong, or Butte County Strong.  I call it Paradise lost.”

Kevin spent a lot of time going from one place to another after evacuating from his home in Paradise on November 8, 2018.  “It started when my downstairs neighbors woke me between 8am and 9am to tell me I had to evacuate.  My Dad called and told me to meet him at Costco and then another call from Far Northern Regional Center telling me I must leave now!  I panicked!  I felt completely overwhelmed.  I pulled myself together, gathered a few clothes and accessories, and walked to the corner of Skyway where I was picked up by a dentist.”

By the time Kevin got to Costco, his Dad wasn’t there anymore.  Kevin ended up staying at a friend’s house for a couple of days, then a shelter off East Avenue for a week, then at his brother’s house for a week or two, then to Tahoe with his family for two weeks.  From there, Kevin went on to stay at his stepbrother’s house, and then on to a motel near Denny’s for a month.  “The internet sucked there.”  From there he moved to a Courtyard Hotel for another month.

“Then finally I moved into my new place in Chapman Town in a one-bedroom house.  I like it better than the apartment I had in Paradise.  Now I have my own house.  It is really cool.”

Kevin went on to further say, “I was stressed for about a week or two.  It was an experience that I don’t want to experience again.

“I always wanted to live in Chico.  I finally got the goal!”Type your paragraph here.

WE ARE IN A NEW LOCATION!! SEE BELOW 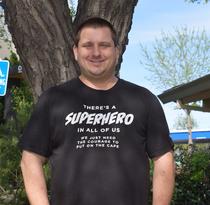 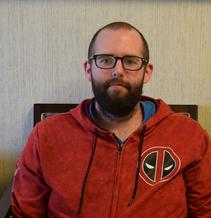