WE ARE IN A NEW LOCATION!! SEE BELOW 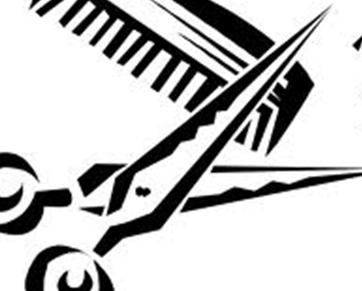 My grandfather overheard us one afternoon.  He called us into the house, and after beating our butts, sat us down on the couch and began telling us stories--very long stories--of what it is like to be different.  When my grandfather migrated from Italy to the United States and planted the family roots in East Boston, he was the target of mockery, insults, rejection, and threats only because he was an Italian from Italy.  The Irish, the Jews and the Blue Bloods controlled almost all of the commerce in Boston, making it difficult to start a business.

This made it very hard for other ethnic groups to succeed.  Back in those days, the city of Boston was segregated into sections by ethnic groups.  Despite the segregation and the rejection, my grandfather became the owner of a successful barbershop and ultimately went into a successful tuxedo rental business with my dad--all because he believed in himself.

Being a kid, it was a big struggle to sit through the long and what seemed like endless stories, but I respected my grandfather.  His stories of struggles because of the ignorance of others meant a lot to me.

Humbled, the next time I saw Brisco on the street I said, "Hi."  I didn't know if he would respond because of the way we treated him.  But, Brisco said, "Hi," back.

One day, I was with my friends when Brisco came walking toward us.  They were bantering among themselves, making the usual insulting comments that we had been known to make.  I pondered what to do. Should I say, "Hi," to Brisco and risk the scrutiny of my friends who I had always joined in the mocking of Brisco in the past?  Or should I ignore Brisco and say nothing at all?

I chose the right thing and said, "Hi."  My friends were shocked, but said nothing.  They looked at me very puzzled, but I just gave them a look back that told them, "What is your problem?"

We never discussed it, and none of us mocked Brisco again.

Over time, and one by one, my friends began to acknowledge Brisco and would say, "Hi," as they passed by. After a long while, Brisco began to trust that we weren't setting him up and would initiate cordial acknowledgements.  He started to come to our football and baseball games and cheeered us on.  Brisco became our unofficial street guardian--watching over us to make sure no one picked on us.  How ironic is that?  Brisco would stop and play with us when he wasn't working and had time.

​As an adult, my friend John and I opened a hair salon in a three story Brownstone in Boston.  It was very difficult to keep the salon looking neat and clean--the hair dressers were not too concerned about it.  I remembered as a kid seeing Brisco travel between jobs on foot.  I knew he did a lot of maintenance kinds of things for people around the city.

I hired Brisco to keep the salon clean.  I paid him a bit more than minimum wage at the time, and he worked very hard.

I began to notice that Brisco would remember customer's names, the names of their family members, and all their birthdates.  One day Brisco said to me, "Dom, you are five minutes late for your appointment."  I said, "Brisco, what are you talking about?"  I looked at my calendar and saw the he was right.  He overheard a conversation I had on the phone a few weeks prior and he remembered.

The customers and the employees enjoyed having Brisco around, so much so that I decided to give him a promotion to Salon Concierge.  (Continue by clicking here)

As a child of the 1960s--an Italian growing up in East Boston, Massachusetts, I was a bit of a wise guy at twelve years old, and a leader in the gang of kids from the neighborhood.  Whenever we saw Brisco on the street, who was in his 20s then, we would mock him because of his obvious physical and mental disabilities. 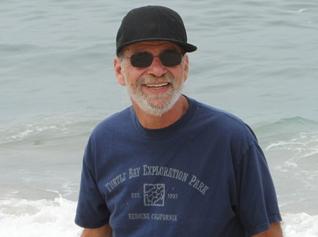